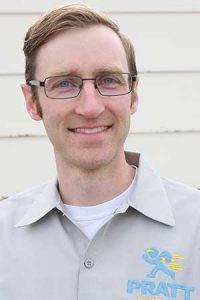 Born in Amarillo, John moved to Pennsylvania as a child before returning to Amarillo in 2000. He earned his degree in Construction Science from Texas A&M University, and graduated as the top student of his class in the PHCC Plumbing Trade School program. Earlier in his career, he worked as a commercial general contractor in Amarillo. As owner of Pratt Plumbing, John is motivated to provide more professional services than people expect from a typical plumber. John and his wife (also from Amarillo) have two daughters. 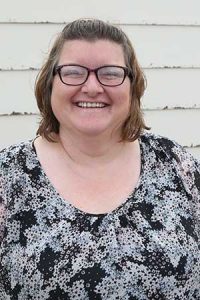 Andrea has been the voice of Pratt Plumbing since 2004. She provides many services at our office, but her primary role is customer service representative and dispatcher. She is the voice behind the telephone when customers call and her uncanny ability to multitask keeps all of us on-target. Andrea was raised in Dalhart and now considers Pratt Plumbing her second family.1. Andrea in three words: Loyal, punctual, reliable.2. Favorite part of plumbing: Every day is different.3. Personal interests: Painting, volunteering with local charities. 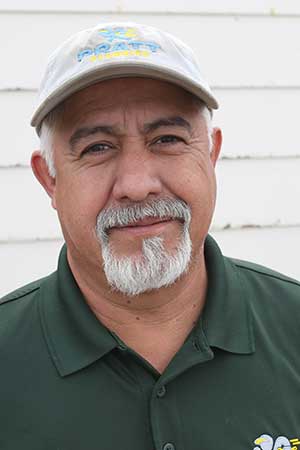 Originally from Hereford, Tony has spent much of his professional career as a plumbing contractor in Houston. He returned to the Panhandle in 2017—the same year he joined Pratt Plumbing. He brings nearly 30 years of plumbing experience and knowhow to our company and customers and is an invaluable member of our team.
1. Tony in a nutshell: Easy-going, listener, punctual.
2. Favorite part of plumbing: Home remodels, new installations, and large projects.
3. Personal interests: Softball and fishing. 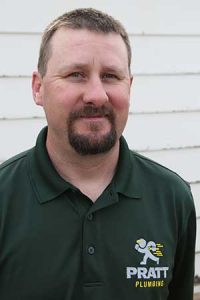 Damon is no stranger to the world of plumbing and hard working. He joined Pratt Plumbing in 2014 after work for a number of years as a pipefitter in the oil and gas industry. Damon is originally from Clovis, New Mexico and has lived in Amarillo since 2009.
1. Damon in three words: Clean, honest, reliable.
2. Favorite part of plumbing: Fixing real problems and seeing tangible results.
3. Personal interests: Horse riding, off-roading, hunting and other outdoor activities . 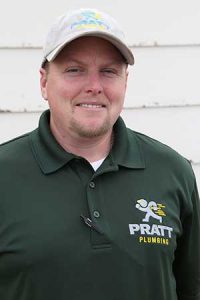 Originally from Dimmit, Michael has lived in Amarillo since 1995. He began his plumbing career in 2017 when he joined Pratt Plumbing. Michael prides himself on putting the customer first and always completing a job the right way, not just the easy way.
1. Michael in a nutshell: Funny, easy-going, caring.
2. Favorite part of plumbing: Continuing to learn the craft, working on remodels.
3. Personal interest: Collecting tools, spending time with family.

For OVER 50 YEARS, Pratt Plumbing has been serving the Amarillo community; we are extremely proud to say that we have worked through the bad times and prospered in the good times. All thanks to our dedicated team and of course our neighbors that trust us and make us their go-to plumbing company. A big THANK YOU for your support. We couldn’t have done it without you!

We’re proud that over 92% of our customers come back to us when they have future plumbing problems.

We treat our customers and employees like family. And Family deserves the very best

We only hire knowledgeable, skilled technicians and service representatives.

Our technicians will listen to your needs and recommend the best plumbing solution for you and warranty to protect your investment.

On Time, Every Time

We know that your time is valuable and we want to minimize your inconvenience as much as possible.

We charge by the job rather than the hour to help keep our prices low and our service of the highest quality.

Our plumbers come prepared with everything they need to do the job right immediately.

We are available to take your call and offer appointments on your schedule.

Follow us on social media to receive maintenance tips and new promotional offers.