Sump Pump Endlessly Running and Not Turning Off? Here Are 2 Possible Explanations 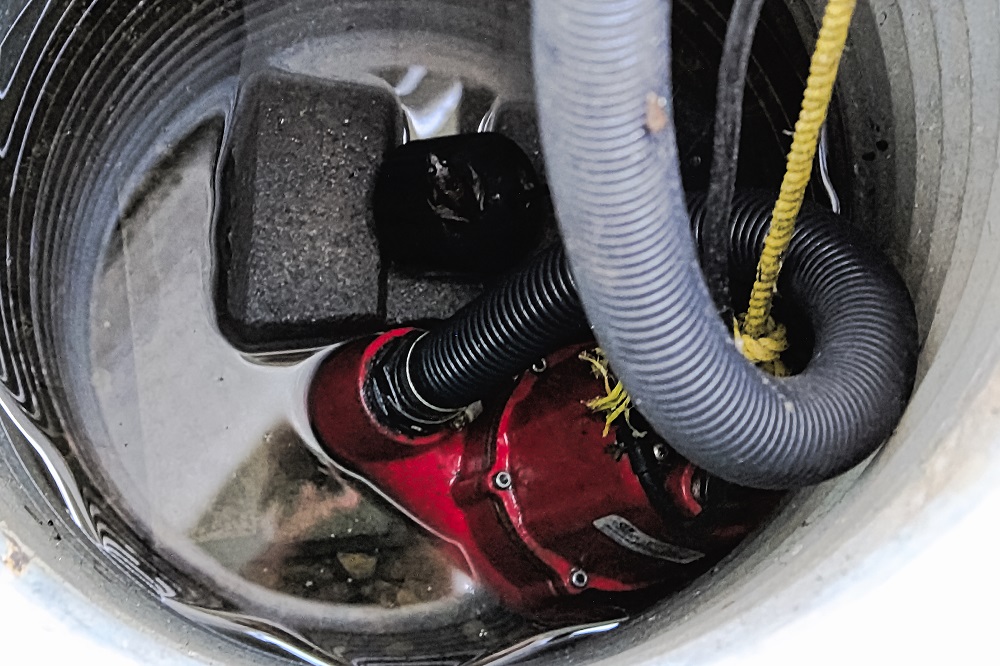 A sump pump is an essential appliance to keep your basement dry, clean, and healthy. However, unless there’s torrential rain, the sump pump shouldn’t constantly be running, or the unit may burn out. The most common causes of a sump pump that won’t turn off include a stuck float arm or a faulty check valve.

Let’s take a deeper look at these two issues so you can hopefully get your sump pump running like normal.

When we get called to inspect a sump pump that is repeatedly cycling, the issue involves the float more often than not. Here’s how the float is supposed to work. As groundwater enters the sump pump pit, the water level rises. As this happens, the float (which usually looks like a plastic ball) sits on top of the water and goes along for the ride. The float is attached to an arm – and once that arm reaches a certain point, it triggers the sump pump to activate and push the water from the pit up through the discharge pipe, where it is released outside or into the storm sewer.

Over time or due to poor installation, the float stops moving as smoothly as it should. It could simply get old and stuck. It could shift positions and get pinned against the pit wall. Or, it can get caught in the pump electrical cord.

Sometimes, this can be a simple adjustment to give the float the room it needs. But if the part is simply broken or worn out, you’re better off replacing the entire sump pump than spending the money replacing the float.

The second possible cause of your sump pump never turning off is a faulty check valve. You should find this valve on the vertical discharge pipe above the sump pump. The basic idea is that the valve only allows water to flow one way. So, when the sump pump runs, the water flows up through the pipe – but when the pump shuts off, any water remaining in the pipe can’t come back down. However, if the valve fails, the same water could be going up and down and up and down (you get the point). At this point, you should have the check valve replaced.

If your sump pump discharges outside, you may also want to check to make sure the exterior pipe is in good condition and not clogged. Any blockage may force water backward through the discharge pipe and back into the sump pump pit.

Is it better to repair or replace a sump pump?

Keep in mind that the average service life of a sump pump is 10 years. If you just had a new unit installed and are experiencing endless cycling, then you’ll want to get the issue fixed right away. But if your sump pump is closer to 10 years old, it might be time to replace it with a newer one.
If your sump pump is running all day, don’t chase it – call the licensed professionals at Pratt Plumbing. Schedule an appointment today at (806) 373-7866 .